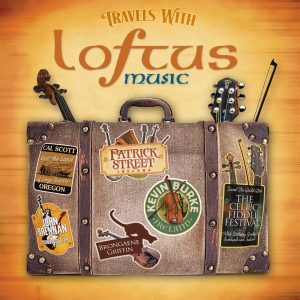 This versatile “sampler”collection from Loftus Music displays a wide variety of international musical styles. Each of the 10 CDs from the catalogue is represented by at least one track and the violin is the prominently featured instrument on each of them (not surprising since Loftus Music founder, Kevin Burke, is himself a renowned fiddle player). The musical regions represented include Ireland, Scotland, Brittany and Quebec and in addition there is music from Mexico as well as from the repertoires of American Bluegrass and Southern Rock.

Join us for a truly international journey through the Loftus Music catalogue.