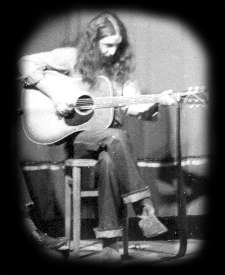 When I had returned from the US I started playing around folk clubs and Irish music pubs in England, Ireland and other parts of Europe, at first with a group called “Lazy Reel” with Tom Madden and Chris Andretti. When that group broke up I got a call from Christy Moore who had left Planxty and was forming his own band. Would I like to join? This involved moving back to Ireland so I was thrilled. 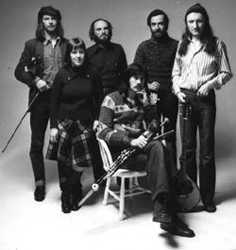 I moved to Dublin and played as a member of Christy’s band for a couple of years. Jimmy Faulkner and Declan McNelius were the other members of the band. They would usually play acoustic guitars but sometimes we would “go electric”. Jimmy would put on his Stratocaster, Declan had his Fender Bass and we’d get Robbie Brennan in to play the drums. We had some great nights some of which I can remember! Christy and his wife, Val, and his sister, Eilis, all looked after me very well while I was there and then one day I had a visit from Donal Lunny and Matt Molloy asking if I would play with the Bothy Band.

Christy had told me about the Bothy Band not long after I had arrived in Dublin. After seeing them a couple of times I became a great fan so I was a bit taken aback when they called on me! At first I was under the impression that I was just going to “fill in” for Tommy Peoples for a few days but then I realized Tommy was leaving the band permanently and that there was a position available if I wanted it. 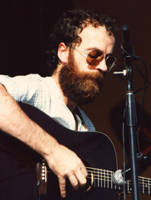 I said I’d be delighted to fill in for a few days but if it is to be any more than that I’d have to talk to Christy. Before I had the chance however, Christy called me and told me I’d be daft not to join such a great band and wished me all the best. So, I joined up.

Over the next four years, Micheal O Domhnaill, also in the Bothy Band, and myself started playing a lot together so when the band broke up at the end of the 70’s, Micheal and I continued to play as a duo. We recorded an album, Promenade, which met with some very encouraging critical acclaim and decided to try a few concerts together in the US.