« Misspent Youth?
All the World’s a Stage » 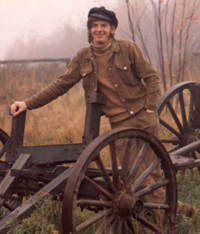 I started paying attention to some of the music that was being talked about by my schoolmates and became very interested in Blues, Ska, R&B and then I heard about Bob Dylan. There was a great deal made of his song-writing but I was mostly impressed by his delivery – he “told” the songs as much as he sang them. I thought of them more as dramatic narratives, much like many of the traditional songs I had heard. I thought it was very interesting that Dylan was drawing on several traditions for inspiration – Irish, English, Scottish songs as well as American Country and Blues songs. Another of Bob Dylan’s major influences was, of course, Woody Guthrie and I started to pay a bit more attention to Woody’s music than I had in the past. I began to see that songs could be very powerful as social commentary and history and wondered if instrumental music had a similar power. 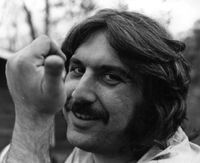 Obviously a tune is a bit more abstract than a story with words but I was pretty sure that music was very powerful stuff. Around the time that I was pondering all this I heard Jimi Hendrix playing and he confirmed my suspicions about the power of music. I didn’t really think too much about the words of his songs, the sound of his guitar playing is what enthralled me! I immediately thought back to my music teacher, Jessie Christopherson, and what she said about Michael Coleman, “He finds the soul of his instrument”.

In spite of all this great music coming over from the US I never felt driven to visit America. I though it was too big, too many cars, too hot, too cold, no “craic”. Then one day I walked into a pub in Miltown Malbay in Co. Clare and heard some great music being played by a few American visitors. I drew closer and they spotted the fiddle case and asked me to play a tune. So I did. We got talking and it turned out one of these guys was Arlo Guthrie, Woody’s son. Arlo and his friends John Pilla, Gil Gilbeau, Jeffie Outlaw and a few others had been in England, performing, and had decided to come to Ireland for a few days looking for music and ended up in Miltown. The weather was great (i.e. not raining) so we all went went out to the neighboring village of Quilty and sat on the clifftops most of the day enjoying the sunshine, the sea air and each other’s music.

A few days later we said our good-bye’s and went our separate ways, but not long afterwards I got a letter inviting me to come over to the US and maybe do some recording with Arlo. I decided to go. I got off the ‘plane in New York and everything seemed very foreign but I met Joe Burke,the great Galway accordion player and he took me under his wing for a few days. In fact within a couple of hours of getting off the plane I was in an apartment in the Bronx and one of the musicians there was Andy McGann. I couldn’t believe my luck! I had been a huge fan of Andy’s playing for years and never thought I’d have a chance to meet him, but here he was, playing away – fantastic Then, a few days later, I headed up to Western Massachusetts to Arlo’s house.

One night Arlo asked me if I had any ideas about recording and I mentioned that I often wondered how a slide guitar would sound with the fiddle (I had heard Robert Johnson on “Mike Raven’s Blues Hour” on the BBC.) He played some recordings of his friend Ry Cooder (of whom I had never heard at the time) and sure enough when we got to LA I had the opportunity to meet and play a little with Ry and several other great LA musicians. When Arlo’s new album “The Last of The Brooklyn Cowboys” was released I was delighted to find out that there were a couple of tracks of my playing on there.