Across the Black River – Kevin Burke and Cal Scott » 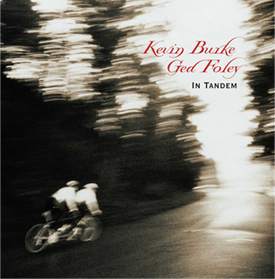 Since 1994, when they first met, Kevin and singer/instrumentalist Ged Foley have played a lot of music together but In Tandem is their first duo recording. It will come as no surprise to anyone who knows their music that this CD is a work of smooth, unhurried elegance.

With a minimum of studio effects, the sophistication of the production skills and musical craftsmanship is very much in evidence as is to be expected from two musicians who for many years have been playing music at the highest level of the genre.

In Tandem presents the listener with both the intimacy and immediacy of a deeply personal, almost private, performance.