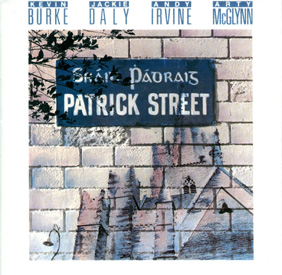 Produced and Engineered by Donal Lunny

The first album from this group with the original line up of Kevin Burke, Jackie Daly, Andy Irvine, and Arty McGlynn. Several tracks from this album have come to be regarded as “classics”, including Indiana and The Holy Ground.
Tracks: