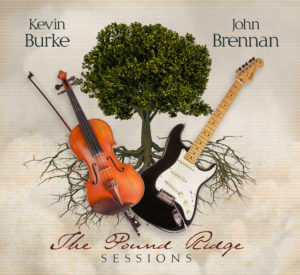 So, how did you select the tunes for the CD?
It was quite an organic process really. We didn’t start by putting a track list together – we had many conversations about our musical tastes and ideas and occasionally something would come up that we felt was worth trying. I think the Tempest was the first one we worked on. John already had most of it recorded and asked me to put fiddle on it. I think it was during that session we thought it might be fun to reverse the process – we had just played a traditional tune in a rock setting so what about taking some rock music and playing it on the fiddle . Winnie Horan, the fiddler from Solas, had mentioned years previously that she thought the Allman Brothers; “Jessica” could sound good with fiddles. That idea stayed in my head for a long time so I mentioned it to John and we decided to try it. We liked the way it sounded so we decided to try something else. I think the Hendrix track was the next idea – John and I discovered we were both fans of a particular guitar solo on Jimi’s first LP. We dropped most of the original song but used the guitar solo as the basis for an instrumental piece. Once we recorded it we thought it’d be great to add pipes and whistles – Irish sounds on an iconic piece of rock music! I had previously recorded a Bill Monroe tune that John really liked.He said he’d like to do a version of it with a rhythm section and electric guitar. I then suggested another Bill Monroe tune – Lonesome Moonlight Waltz – and, one by one, all these different ideas grew into an 11 track CD!

What was your process in working with John Brennan on the arrangements?
John and I would talk about how we wanted the tracks to feel and discuss various ideas we might have. The other musicians also had input for their own parts but John did most of the work when it came to the nuts and bolts of cementing the arrangements.

You’ve said on your website that this is the fruit of years of talking together about music, but was there any one particular gig or conversation or session or anything else that made the two of you decide to record a CD together?
As I said above the process was the reverse of that really. We didn’t decide to make a CD and then record it – we did some recording together , just for fun really, and eventually we realised we had a CD!

Is there anything I’ve not asked about that you’d like to say about the Pound Ridge Sessions and the upcoming show?
Both John and I are thrilled with the way the CD turned out and quite tickled by the fact that it contains so many different genres but still manages to hang together really well. We have a few Irish Traditional tunes, some Country, Blues and Jazz pieces, “Classic” Rock hits, Bach Minuets and I’m even singing a song on one track. By any conventional standards it shouldn’t work at all but, as I’ve said, both John and I really like the way everything sounds and how well one track moves into the next.
The concert in Newtown is actually a “World Premier” of sorts. We have never before performed any of this music live but on Saturday night John is going to join me so we can play a few numbers from the record. We are very privileged to be able to say that bassist Mark Egan and pianist Lou Bellafotto. who both played on the CD, are going to join us as well so it truly will be a “World Premier” of music from “The Pound Ridge Sessions” (CDs and Downloads available from LoftusMusic.com) 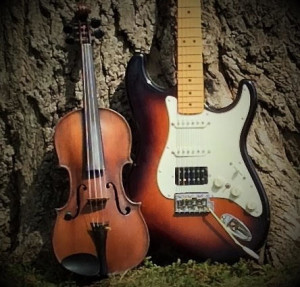 I have a new cd coming out in a few months with California rock veteran , John Brennan. The title is “The Pound Ridge Sessions”and here’s a link to the opening track, an Irish reel called The Tempest.

John and I met some years ago, struck up a friendship and had many conversations about music. This CD grew out of those conversations.

Electric guitar and irish fiddle is an unusual pairing but we had a great time working together and trying out different styles of music – a few Irish tunes, some rock classics, blues and country tunes, Bach Minuets – and a few surprises too!

We’re planning a late summer release and in the meantime I’ll be posting updates and maybe a few extra tracks. Enjoy the music! 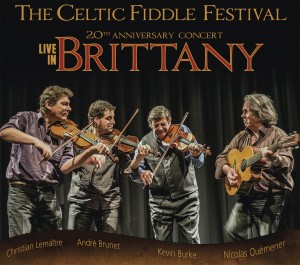 Follow this link to hear a track from the latest Celtic Fiddle Festival CD, “Live in Brittany” (with accompanying images).

Follow this link to see an interview Cal Scott and I did for 67music.net